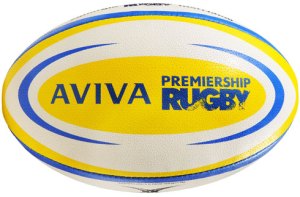 This trial, which has been supported by the RFU’s Laws Sub Committee and the TMO Steering Group, will take place in all matches shown live on either ESPN or Sky Sports, and allow the match referee to refer to the TMO incidents that have led to the scoring of a try at any point from the last stoppage in play. In addition, the TMO will be able to intervene in incidents of foul play.

The full TMO trials are as follows:

Infringements listed by the IRB include knock-ons, forward passes, player in touch, off-sides, obstructions, tackling a player without the ball, foul play and double movement in the act of scoring.

How does TMO adjudicate?

This trial of a five-minute temporary replacement and standardised assessment for players with suspected concussion will take place in all Premiership matches and follows successful initial trials in this year’s IRB Junior World Championship and IRB Junior World Rugby Trophy events.

The PSCA protocols were developed by an IRB working group consisting of experienced international team physicians, including Dr Simon Kemp and RFU Community Medical Director Dr Mike England, a player representative, a French neurosurgeon and an Australian physician with a PhD in concussion.

When developing the protocols, the group were asked to ensure the protocols would improve player safety, not undermine the fabric of the game and not be open to tactical manipulation by coaches.

A PSCA can be requested by the player’s team doctor and the match referee if they suspect that a player may have suspected concussion.

Note that players in whom concussion is deemed to be confirmed at the time of their initial on pitch assessment (confirmed loss of consciousness by a medical practitioner or medical practitioner witnessed concussive convulsions or tonic-clonic posturing) will be definitively removed from the field of play.

Should the match referee have concerns regarding the wellbeing of a player he should prompt the team doctor by asking “Do you think the player requires a PSCA?”

An opposition Team Doctor is NOT Allowed to request a PSCA on an opposing player.

A PSCA shall be confirmed by the Match Referee to the Reserve Official via his communication device and by the hand signal – head touched on three occasions.

The temporary substitute may not take a penalty kick at goal or conversion.

The PSCA involves a standardised assessment of cognition (memory) using the Maddocks Questions, balance assessment by way of a 20second tandem stance balance test and a symptoms and signs assessment.

If a player has a suspected concussion and a co-existing blood injury control of the bleeding will be the priority however the PSCA must be completed as soon as possible. If the bleeding can be controlled, suturing should be completed post PSCA. The total time available is 15 minutes to complete both the PSCA and control of bleeding.

A player failing to cooperate with a PSCA should be assumed to have concussion and be removed permanently from the game.

If a player has a second requested PSCA during a game the player should undergo a second PSCA as a separate and independent assessment.